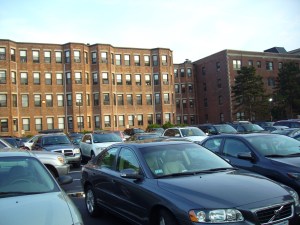 American transportation, and especially “alternative” and “sustainable” transportation, is sometimes framed in a black and white, “car vs. everyone else” context. This type of framing is especially prevalent among certain portions of the population that only uses single occupancy vehicles to travel around. Since single occupancy vehicles use the majority of public road space, some (and let me emphasize the word “some”) car users feel obligated to the road. As a result of this mindset, blowback can occur when space for cars disappears. This phenomenon has been most visible in recent weeks in the conflict over new bike infrastructure being constructed in New York City.

These arguments always confuse me. After all, more space dedicated to biking/walking/using transit usually leads to higher usage of these modes. Higher usage of these “alternative” modes leads to lower car traffic within the road network. This is a direct benefit for users of single occupancy automobiles.

A great way to reframe this argument could be through car sharing. Car sharing changes everything. “Car v. other” becomes “always using a car v. sometimes using a car.”

Car sharing is not a new concept. It has been around for a long time in some regions, through it has experienced dramatic growth in recent years. Zipcar is the US leader in developing car sharing as a viable alternative for people who want to use a car occasionally.

However, car sharing is about to change and grow dramatically. This article, from the website TheCityFix, describes a new form of car sharing service appearing in Paris, France. The name of it is “Buzzcar” and it has potential to change the entire auto market. The reason for the appearance of this new type of car sharing are many, but technology and public policy both play large roles. This new type of car sharing is known as peer-to-peer or communal car sharing. It functions in the same way that peer-to-peer file downloading, or torrenting, functions. Basically, there is no central governing body; no one single entity controls the system. It is by the people and of the people. With communal car sharing, you control how much you want to charge for people to use the vehicle, how long they can use it, what condition it should be in, who the person is and much more. This has recently been facilitated through high ownership rates of smart phones and ubiquitous WiFi internet.

As of right now, communal car sharing is mostly restricted to small companies and areas where government regulations support the system. Auto insurance laws have historically restricted the growth of communal car sharing. Now, at least in Oregon and California, this is beginning to change. Since cars sit unused 95% of the time, this market has massive growth potential. Increased fuel prices will only feed this trend.

My recent endeavors
This evening, I attended my third Living Streets Alliance board meeting. We are finally making progress in creating a framework for this group. Trying to figure out how to best manage and divide the tasks we want accomplished will be difficult. Progress was made tonight with the creation of many task force groups, including a transit task force. I will be serving on the transit task force. I aim to address and research the proposed SunTran fare increases, as well as research the relationship between SunTran and the University of Arizona.

I am excited to begin formulating a tangible direction for the transit arm of the Living Streets Alliance. Now it’s time for me to stop writing and begin researching. 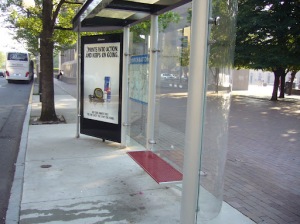