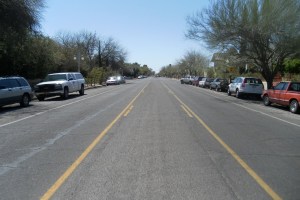 When I am having conversations with people about “complete streets” or “road diets”, I sometimes wish I had Streetfilms videos on me at all times.

Streetfilms is a part of the massive national alternative transportation blog network, Streetsblog. This giant blogging network had humble beginnings in New York City in 2006. It was created by Transportation Alternatives, a well known transportation advocacy group in NYC, along with a couple other groups. Since then, it has since become the predominant online presence within the livable streets community. The Streetsblog network includes hundreds of blogs and writers all over America. Currently, four metropolitan areas are covered by the blog itself: “NYC”, “LA”, “SF”, and “Capitol Hill”. There is also a section of the blog titled “Network”, which covers stories from other areas.

Anyways, there is a section of the Streetsblog website featuring short videos about the livable streets movement: Streetfilms. These videos are professionally produced. They are short enough to be interesting and long enough to be educational. Recently, Streetfilms began a series of videos called “MBA: Moving Beyond the Automobile.” They post a new video every Tuesday. Each short clip features information about Bus Rapid Transit, Car Sharing or some other aspect of alternative transportation.

Today they posted a great video about Road Diets:

Moving Beyond the Automobile: Road Diets from Streetfilms on Vimeo.

Enjoy watching and check out the rest of the Streetfilms website for more of these great videos.